The China Society for Human Rights Studies on Tuesday published an article laying bare the harsh reality of the serious division between the rich and the poor in the United States under the superficial of its overall prosperity.

The wealth of 0.1 percent of the richest U.S. family equals to the sum of wealth owned by the 90 percent families from the bottom combined, noted the report, citing comments from a UN Special Rapporteur who said the United States has the widest gap between the rich and the poor among all Western countries.

“The American Dream was rapidly transforming into the “American Illusion,” said the rapporteur. 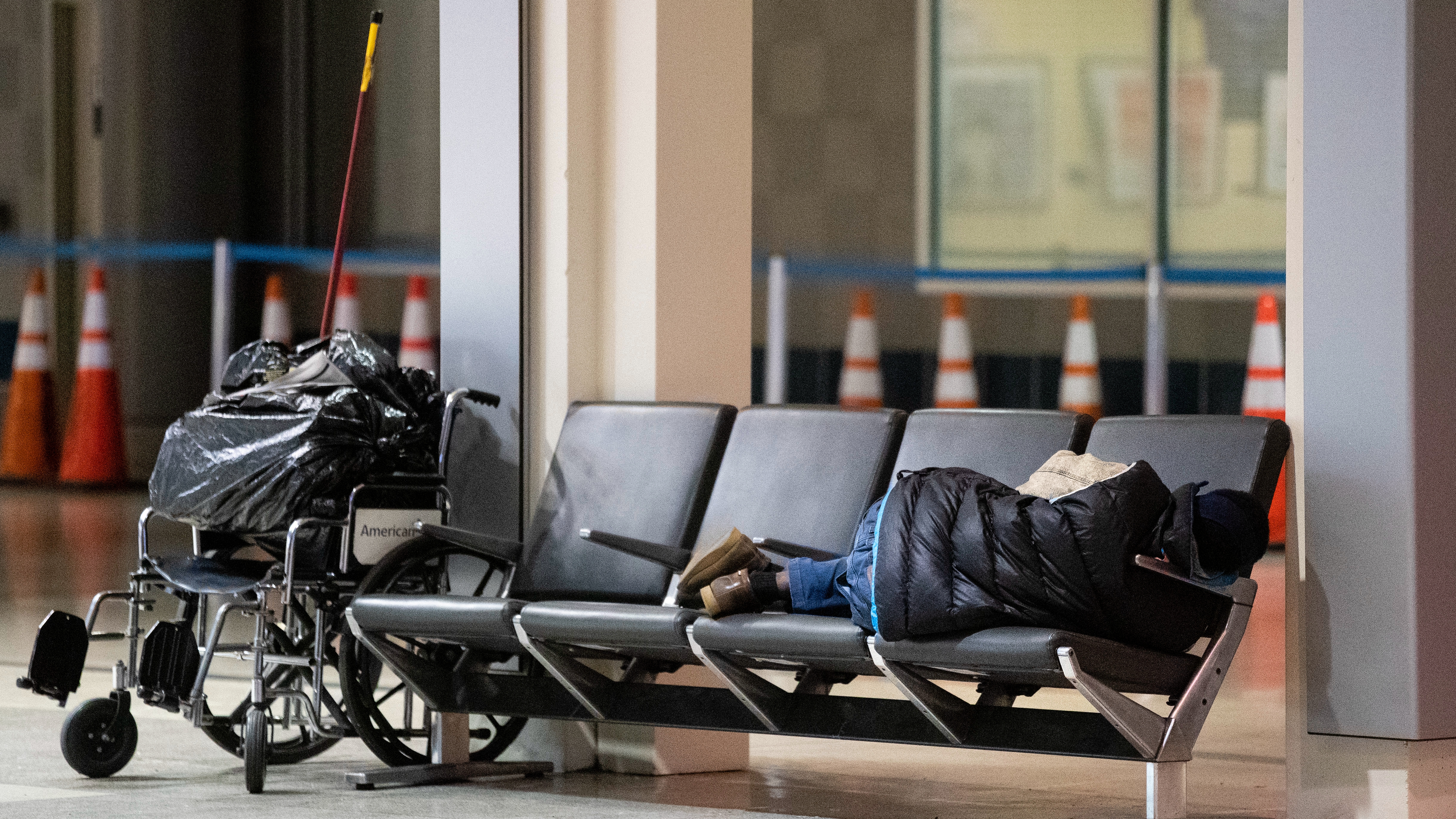 A person sleeps on a bench in the Philadelphia International Airport in Philadelphia, the U.S., May 26, 2020. /AP

The growing division between the rich and the poor have led the American people into grave human rights disasters, the report pointed out, noting low-income groups are faced with the threat of hunger and their equal opportunities for education are also eroded due to poverty.

The division also caused the “health gap” in the U.S. as those who lost their medical insurance due to poverty cannot afford medical expenses also have shorter life expectancy and are more likely to die of illness, said the report.

The report attributed the cause of the division to “the so-called U.S. democratic system” which “deprives its citizens of economic, social, and cultural rights.”

It further revealed that the U.S. government lacks the political will to narrow the gap between the rich and the poor, stating the nature of “money politics” of the U.S. political system.

“The capital interest has turned the U.S. government into a spokesman for the rich,” said the report.

It suggested that the division between the rich and the poor in the U.S. will be a stable, long-term trend as substantial reversal of this situation is unlikely in the near future.

“The severe negative impact it has brought on the enjoyment and realization of the human rights of the U.S. people will continue to worsen,” the report concluded.