Recently, some Australian politicians and media outlets have been fabricating lies on COVID-19 of one kind or another. They have played a trick of a thief crying “stop thief” to blame China for spreading fake information.

Those preposterous allegations some U.S. politicians and media outlets fabricated to shift the blame on China for their inadequate response to COVID-19 have been proved false by media and experts.

1. Allegation: COVID-19 virus originated in China. On April 3, Australian Prime Minister Scott Morrison said in an interview with Radio 2GB that the virus started in China and went around the world.

Reality Check: Being the first to report the virus does not mean that China is its origin. In fact, the origin is still not identified. Source tracing is a serious scientific matter, which should be based on science and should be studied by scientists and medical experts.

Historically, places that first reported a virus were often not its origin.

Viruses are the common enemy of mankind, which may appear at any time and in any place. Epidemics are natural in origin, not man-made. The origin of a virus or epidemic is a victim, not a culprit. It is unfair and unacceptable to blame it or hold it accountable. 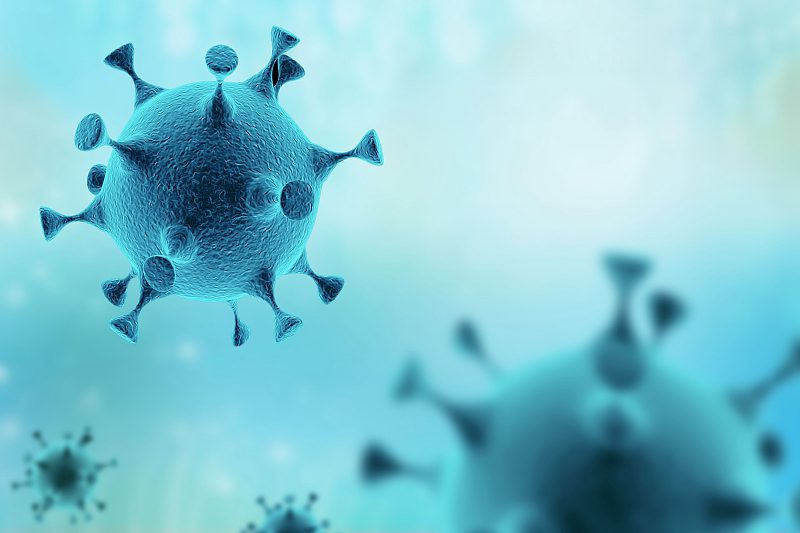 More and more countries found cases with earlier onset and no history of exposure to China.

According to an article published by International Journal of Antimicrobial Agents, the absence of a link with China and the lack of recent foreign travel suggest that the disease was already spreading among the French population at the end of December 2019. Researchers at the Sacco University Hospital in Milan, Italy, found that the strain of the virus from an Italian patient showed genetic differences compared with the original strain isolated in China.

Two residents in California’s Santa Clara County died of novel coronavirus in early and mid-February. They had no “significant travel history” that would have exposed them to the virus. If they did not contract coronavirus through travel abroad, “that means there was community spread happening in California as early as mid-January, if not earlier than that,” according to Dr. Ashish K. Jha, director of the Harvard Global Health Institute.

Dr. Peter Forster of University of Cambridge said that the earliest genome which has been placed into the database is not necessarily the origin of the disease. A study conducted by a research team of the University of Barcelona detected the presence of the novel coronavirus in waste water samples collected in Barcelona, Spain, in March 2019.

On May 19, the 73rd World Health Assembly (WHA) adopted the resolution on COVID-19 response by consensus. China co-sponsored the WHA resolution and has always been open to joint efforts by the international science community to identify the source of the virus. The resolution strictly restricts the relevant research to identifying the zoonotic source of the virus, intermediate hosts and the route of introduction to the human population, to enhance preparedness of the international community in the future.

China supports research on a global scale led by the World Health Organization (WHO) and made by scientists and medical experts based on the principle of professionalism, integrity and constructiveness. 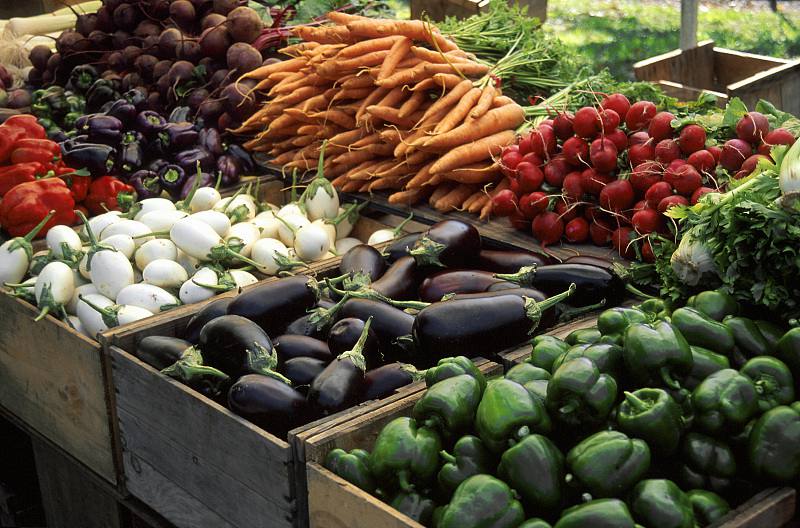 2. Allegation: COVID-19 may arise from the “wet markets” in China’s central city of Wuhan. Australia’s Prime Minister Morrison and Health Minister Greg Hunt had on several occasions alleged there was likelihood that “wet markets” in Wuhan were the places where COVID-19 was thought to have originated.

Reality Check: There are no so-called “wildlife wet markets” in China. What we have in China are farmers’ markets and live poultry and seafood markets. They sell fresh fish, meat, vegetables, seafood and other farm produce. A few of them sell live poultry. Basically, they are not different from the fish markets or fruit and vegetables markets in Western countries. Such markets exist not only in China, but also in many other countries. They form an important part of the supply chain for people’s everyday life. No international law restricts the opening or operation of such markets.

3. Allegation: China did not suspend outbound international flights from Wuhan when the city was put under lockdown, thus causing the spread of the virus to the world. Australian Home Affairs Minister Peter Dutton on April 16 alleged that reports relating to Chinese flights out of Wuhan during the coronavirus outbreak demonstrated the need for “a level of transparency” on the part of the Communist Party of China. Former Australian Foreign Minister Alexander Downer said in his article on Financial Review that China tried to stop the spread of the virus to other parts of the country but “didn’t care that it could spread to other parts of the world.”

Reality Check: China took the most stringent measures within the shortest possible time, which has largely kept the virus within Wuhan. Statistics show that very few cases were exported from China.

China put Wuhan under a temporary lockdown starting January 23, meaning that there were no outbound commercial flights or train services from January 24 through April 8, including those from Wuhan to other Chinese cities and to foreign countries.

The Chinese government took the most comprehensive, rigorous and thorough measures in a timely fashion, and effectively broke the chain of transmission. According to a Science report, thanks to these measures, the number of infections in China was reduced by more than 700,000.

The Australian Department of Health noted that only a very small portion of imported cases came from Northeast Asia. Data from Canada’s major provinces show that the virus was brought into the country by U.S. visitors. The French research institute Institut Pasteur found that the virus strain circulating locally in France is of unknown origin. None of the imported cases in Russia was from China. In Singapore, cases imported from China were less than one-tenth of those from other countries. The Japanese National Institute of Infectious Diseases believed that the strain confirmed in Japan since early March was not from China. 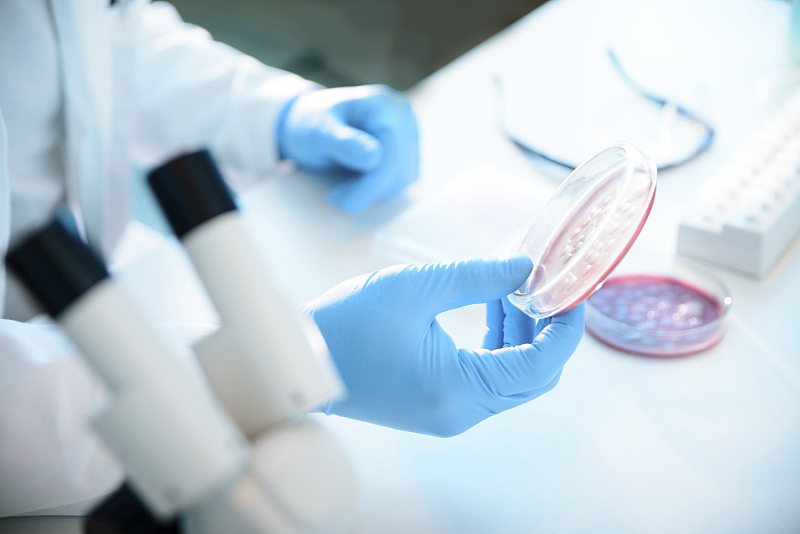 Reality Check: All available evidence shows that COVID-19 is natural in origin, not man-made.

On February 19, The Lancet published a joint statement by 27 leading medical experts from eight countries, indicating that scientists from multiple countries have published and analyzed genomes of coronavirus, and they overwhelmingly concluded that this virus originated in wildlife, as have so many other emerging pathogens.

On March 17, five prominent scholars from the United States, Britain and Australia pointed out on Nature Medicine that the evidence shows that coronavirus is not a laboratory construct or a purposefully manipulated virus.

On April 21, WHO spokesperson Fadela Chaib said at a news briefing that all available evidence suggests the virus has an animal origin and is not manipulated or constructed in a lab or somewhere else.

On May 1, Executive Director of the WHO Health Emergencies Program Michael Ryan said that numerous scientists have looked at the genome sequence of this virus and they were assured that this virus is natural in origin.

The deputy director of German federal intelligence agency doubted the so-called report by the “Five Eyes” intelligence alliance and asked the alliance for evidence to support the allegations that the coronavirus originated from a Chinese laboratory. However, none of the five countries’ intelligence agencies said they had released relevant reports.

5. Allegation: The draft resolution of the WHA is the result of Australia’s promotion. Australian Foreign Minister Marise Payne said in a signed article published on The Australian on April 22, that Australia will work with countries that share the same values to set aside the WHO and initiate an independent international review into COVID-19 response. However, Payne told press later that relevant content of the WHA draft resolution drafted by the European Union was first proposed by Australia and her government had been focused to ensure the review “comprehensive, impartial, independent.” Some media outlets, such as The Australian, also worked with the Australian government, saying that Australia’s claims have been widely supported by the international community.

Reality Check: The WHA resolution is one thing, while the so-called “independent international review” previously proposed by Australia is a different kettle of fish.

The 73rd WHA adopted by consensus a resolution on COVID-19 response on May 19. On the evaluation of WHO response, the resolution decides that the evaluation should be initiated by the Director-General in consultation with member states to review experience gained and make recommendations for future work.

The relevant resolution proposes to initiate at the appropriate moment an evaluation rather than to launch an “independent international review” instantly, confirms WHO’s leading role instead of adopting another mechanism, and calls for an evaluation of experience gained and lessons learnt from the WHO-coordinated international health response, rather than an inquiry based on the presumption of guilt targeting any country.

The so-called “independent international review” proposed by Australia is purely political maneuvering under the pretext of COVID-19. Australian politicians took an exclusive attitude towards WHO when proposing the so-called “independent international review,” and the intention of conducting investigations based on the presumption of guilt against China is very obvious. 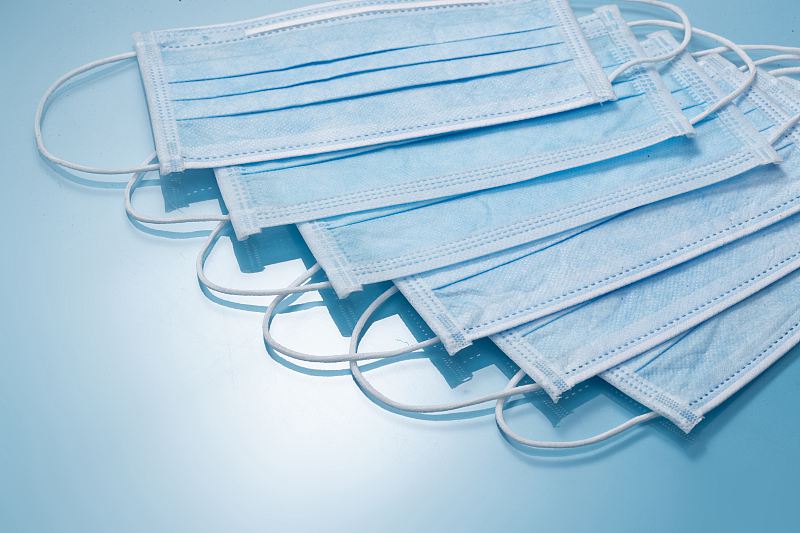 Australian media such as the Sydney Morning Herald, the Australian and 2GB Radio described the humanitarian action of Chinese companies and businessmen in purchasing medical supplies as a “scandal” supported by the Chinese government, saying the purchase in February by Chinese companies may have contributed to shortages of products in Australia in March when the epidemic became severe.

Reality Check: When Chinese companies purchased supplies in Australia in February, the epidemic had not yet spread and there was no shortage of medical supplies in the country.

In fact, Chinese companies have stopped purchasing medical supplies in Australia since March.

7. Allegation: The Chinese eat bats. On some Australian media and social media platforms, there are pictures and videos of wild animal markets selling bats and pythons, vilifying the Chinese for eating bats.

Reality Check: The shooting location of the content is not China. Bats have never been part of Chinese menu. And, Wuhan’s Huanan seafood market, where cluster cases were identified in the early days of the epidemic, did not and does not sell bats.