China held a meeting on Tuesday to honor role models in the country’s fight against the COVID-19 epidemic – the fastest spreading, most extensive and most challenging public health emergency it has encountered since the founding of the People’s Republic of China in 1949.

Renowned respiratory disease expert Zhong Nanshan was awarded the Medal of the Republic, the highest state honor. Zhong identified the SARS virus in 2003 and is currently leading the Chinese government’s efforts in the fight against COVID-19.

Three other medical specialists were conferred on the national honorary title, “the People’s Hero.” The recipients are Zhang Boli, a traditional Chinese medicine expert who presided over the research of the COVID-19 treatment scheme combining traditional Chinese medicine and Western medicine, Zhang Dingyu, head of Wuhan’s designated coronavirus-treating Jinyintan Hospital, and Chen Wei, a military medical scientist who made major achievements in COVID-19-related basic research and development of  vaccine and protective medicine.

“Medical workers are the most beautiful angels and the most lovable people in the new era,” Chinese President Xi Jinping said in a speech after presenting the medals. “Their names and feats will never be forgotten by the nation, the people and history, and will be engraved on the monument of the republic.”

Millions of medical workers fought on the frontline against COVID-19 nationwide, including 540,000 in central China’s Hubei Province and its capital city Wuhan, the hardest-hit region during the outbreak, said Xi, who is also general secretary of the Communist Party of China Central Committee and chairman of the Central Military Commission.

Xi pledged that China will join hands with the international community to tackle the global challenges of the pandemic.

Noting that the novel coronavirus outbreak is the worst pandemic the world has seen in a century, he underscored China’s contributions in the global fight.

China has acted with “openness, transparency and responsibility” and actively fulfilled its international obligations since the start of the outbreak, he stressed.

It “voluntarily provided information about the outbreak to the World Health Organization (WHO) and relevant countries and regional organizations in a most timely fashion, and released the genome sequence of the novel coronavirus at the earliest possible time,” he said.

China has conducted more than 70 exchanges with various countries and international and regional organizations on epidemic control to share its experience, Xi noted.

China has announced the decision to provide two batches of cash support totaling 50 million U.S. dollars to the WHO; it has sent 34 medical expert teams to 32 countries and offered assistance to 150 countries and four international organizations; from March 15 to September 6, the country exported 151.5 billion masks, 1.4 billion protective suits, 230 million pairs of goggles, 209,000 ventilators, 470 million testing kits and 80.14 million infrared thermometers, according to Xi.

The pandemic has demonstrated that mankind is a community that shares weal and woe, he said, calling for solidarity and cooperation across the world to tackle the crisis.

China will continue to promote international cooperation on epidemic control, support the WHO in playing the leading role in the fight, and contribute to the building of a community of common health for mankind, he said.

The president reviewed what measures China has taken to fight the virus and called for unity and determination throughout the nation to address challenges and achieve development goals.

Over the past seven-plus months, more than 80,000 Chinese were infected by the virus and about 4,700 people lost their lives. The numbers could have been much bigger without the firm measures implemented at various levels and sacrifices made by medical workers, community workers as well as residents who have strictly followed restrictions for epidemic control. 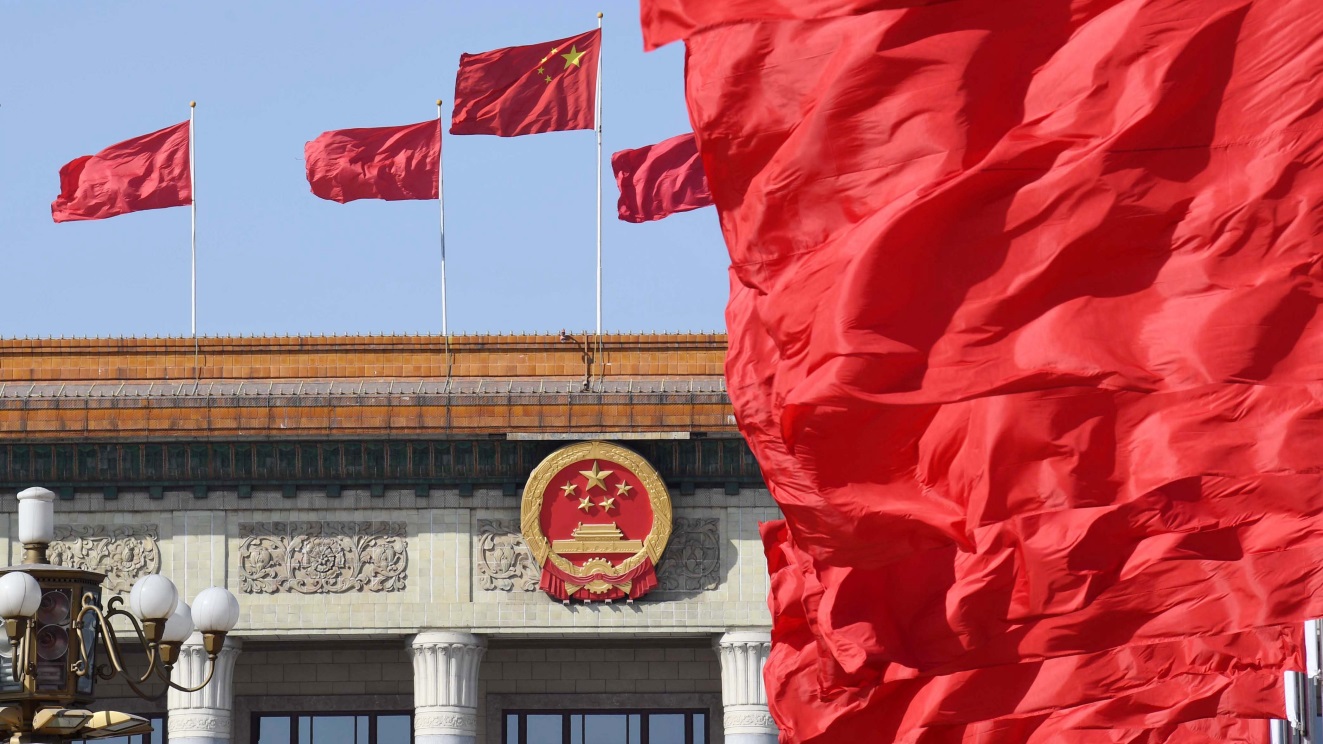 “In little more than a month, the rising spread of the virus was contained; in around two months, the daily increase in domestic coronavirus cases fell to single digits; and in approximately three months, a decisive victory was secured in the battle to defend Hubei Province and its capital city of Wuhan,” Xi noted.

With the easing of the outbreak, China announced a series of policies to help enterprises, create jobs, boost investment and consumption and advance poverty alleviation, he said.

The world’s second-largest economy grew by 3.2 percent in the second quarter from a year earlier, reversing a 6.8-percent decline in the first quarter.

“China has become the first major economy to return to growth since the start of the pandemic,” Xi said.

Looking ahead, Xi said China must continue to implement regular epidemic control measures and strive for full victory in the fight against COVID-19.

He stressed strengthening institutional guarantees for safeguarding the people’s lives and health, calling for developing a strong public health system and upgrading the system of prevention, control and treatment of major epidemics. 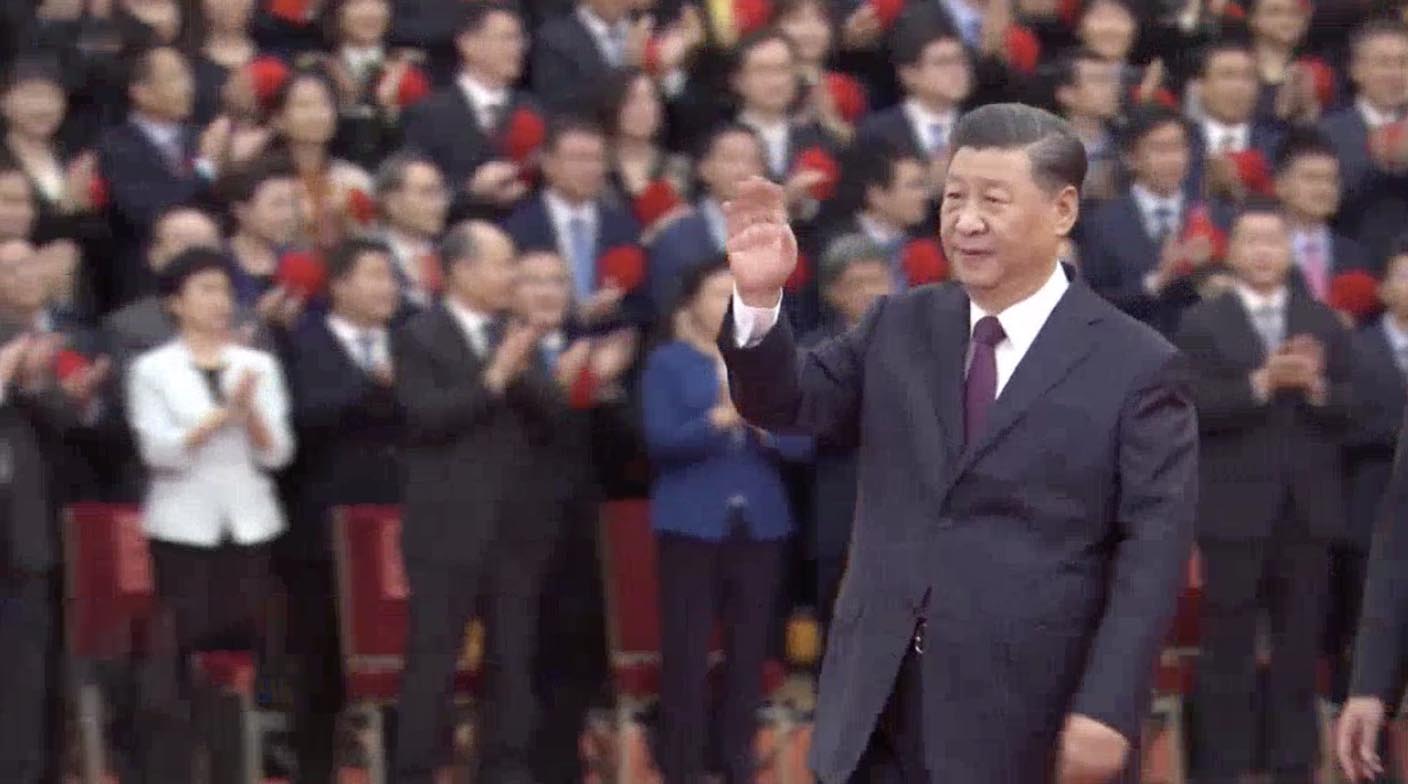 He also called for intensified efforts to ensure economic growth and improve people’s livelihood, stressing that national development goals and tasks must be accomplished.

China aims to eradicate absolute poverty and complete the building of a moderately prosperous society in all respects by 2020.

Meanwhile, Xi stressed the importance of increasing awareness of risks and sticking to bottom-line thinking and called for efforts to enhance capabilities to prevent and defuse different kinds of risks along China’s development path.

He expressed confidence in China’s future in the new era. “Nobody and no force can stop the Chinese people from achieving a better life!” Xi said.

Policeman Accused Of Murdering George Floyd To Appear In Court